Anyone who knows me, knows that I am most definitely a townie. One friend tells the story of how she witnessed the panic on my face when I realised I had travelled out of Belfast as far as Saintfield.

We got a bit of 'mileage' (ahem) last year out of the caricature that Belfast people think the world ends at the city limits. When we asked Fiona to write about her experiences working across some of the lesser spotted areas of Ulster in 2018, little did we know her blog would be one of our most popular reads of 2018.

When it comes to punters buying tickets for the arts though, just how close to the caricature are arts attenders?

What data did we look at?

We looked at all the ticketing data we have available from the start of 2015 to the end of 2017 across as many venues in Northern Ireland as possible. That told us a lot about how people are travelling round the country to go to performing arts and cultural events. That doesn’t include travelling outside the city for things which aren’t ticketed (e.g. visual arts) or most heritage related activities (e.g. National Trust) though.

In Belfast, 42% of households bought tickets at arts and cultural venues versus 36% outside Belfast. That’s not a huge difference, particularly when you consider there is greater choice and opportunity to buy a ticket for something cultural in Belfast than regionally.

'Regionally' is quite a sweeping term though

Some areas outside Belfast are stronger for arts and culture bookings than others. In fact, Belfast only has the fourth highest level of residents purchasing – behind Derry & Strabane in third (43% of households), then Antrim and Newtownabbey (45%) in second and Lisburn and Castlereagh in first place.

Belfast may be our biggest city where a lot of cultural things happen, but that doesn’t mean it’s the only place in Northern Ireland where people are interested in a good cultural night out.

But are a lot of the tickets for events taking place in Belfast, even if customers aren’t from there?

Yes, 62% of the tickets sold were for events based in Belfast compared to only 38% across the other 10 councils. Belfast is reliant on regional audiences – 79% of bookers at Belfast venues are from outside Belfast.

Belfast is a magnet for regional bookers, but don’t overestimate its impact

There are definitely those that live regionally that do choose to travel into Belfast to attend events. Belfast venues are even slightly more popular amongst regional audiences than more local regional venues. The difference isn’t massive though.

People who live in Belfast:

People who live outside Belfast:

Regional audiences will attend locally and/or travel into Belfast for their cultural events. But Belfast residents will not travel outside the city in large numbers to ticketed events. (Even though they’re more interested in going to events generally.)

The caricature of Belfast people not straying beyond the city may not be so far from the truth then. Particularly as that figure of 1 in every 15 households drops even further when you leave out regional venues within easy commute of Belfast (e.g. Lisburn and Newtownabbey).

Belfast’s magnetic pull gets weaker as you get further away

For the right product, people will travel. We know there are individuals from all over the country travelling to Belfast. Enniskillen and Derry are only 90 minutes from Belfast on a good day, we’re not that big a country!

How likely it is that large numbers will be travelling does differ though and unsurprisingly for Northern Ireland, we can divide the country straight down the middle through Lough Neagh.

West of the Bann, travel to Belfast for arts and culture events still happens but is far less common. If someone is attending, it’s more likely to be at a regional venue.

East of the Bann, people are more likely to be travelling to Belfast for arts and culture events than going to a regional venue, but a lot still also go to regional venues:

There is a noticeable drop-off the further west you go, with travel to Belfast declining substantially in both Derry & Strabane and Fermanagh & Omagh in particular.

So, are Belfast venues taking audiences away from regional venues?

On the contrary – in fact, this benefits Belfast venues and regional venues alike. There are just over 50,000 households who were going to venues both inside and outside Belfast at least once between 2015 and 2017. That’s 18% of bookers overall.

Interest in attending in Belfast doesn’t cannibalise the regional market – the increased opportunity to engage with arts and cultural events helps build a habit of attendance that benefits everyone.

The 98,000 regional households opting to only attend in Belfast are a chance to expand audiences for regional venues, rather than a lost opportunity.

Does anything make those 50,000 people stand out?

They’re also twice as likely to be attending something classical (25%) or contemporary (35%) than the average arts attender, so these are some of the most engaged attenders in Northern Ireland.

What does all this mean?

While the majority of seats for events may be sold in Belfast, that doesn’t mean audiences are solely from there. Audiences are mobile (some more than others), and that makes the role Belfast plays in stimulating interest in arts events among regional residents more complex but ultimately positive.

If you’re based outside Belfast:

Trying to attract a Belfast audience to a ticketed event may not be impossible, but it will be difficult. What is it about your product that is going to tempt people to leave the Belfast bubble? Do you have a clear idea of where your local audiences are coming from and what you’re offering them that a Belfast venue doesn’t? That may be about the product you have, but it may also be about the experience and particularly the social aspects.

If you’re based inside Belfast:

Do you know how reliant you are on people travelling in from outside the city and where they’re coming from? Are you factoring that in to your thinking around your customer experience as well as your marketing?

How can I tell where my own audiences come from?

Mapping your current audiences can be a great starting point to help you get your head around it. You may be able to get a quick overview from the post codes in your sales records, surveys or ticketing systems.

We’re experts in mapping audience data, and can help with both low cost and more in-depth analysis to help you understand your own audiences.

Check out our products section for more details, drop us an email or pick our brains in one of our free audience appointments. 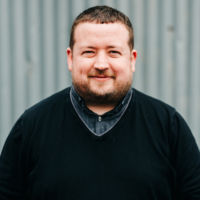 Fresh ideas for building your audience straight to your inbox.